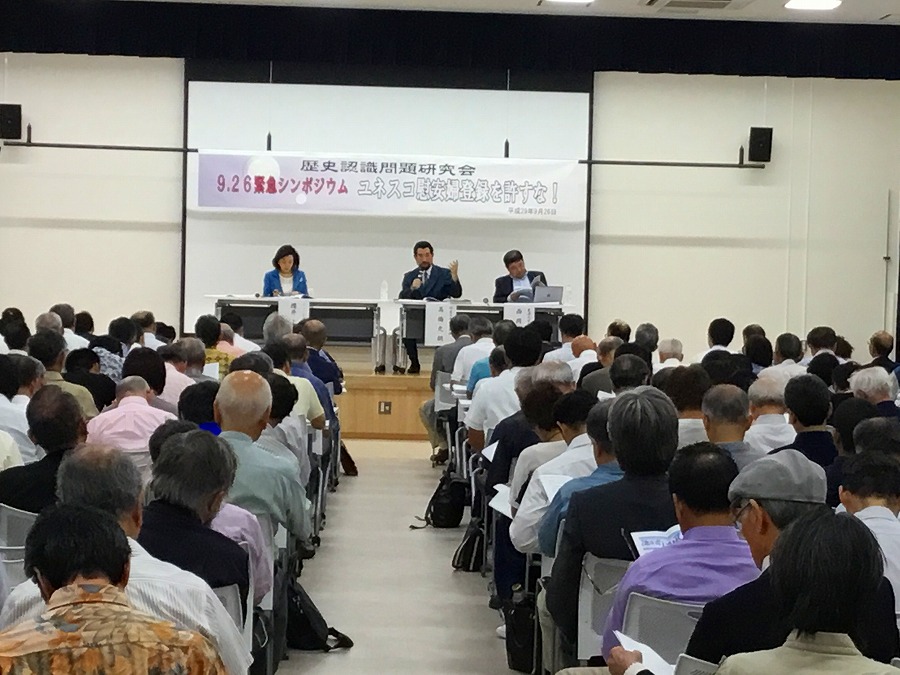 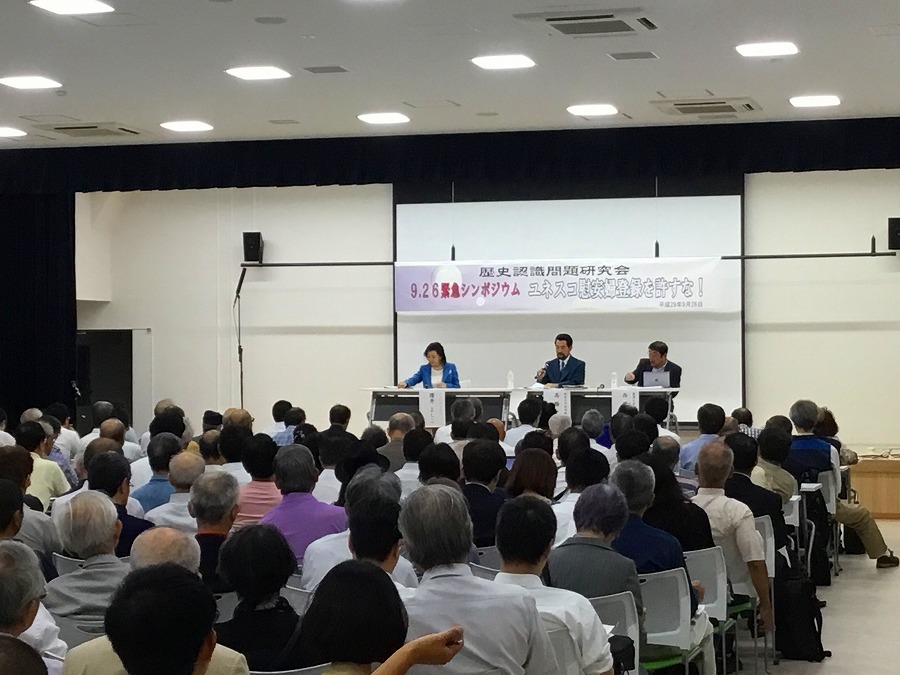 UNESCO is presently proceeding to register, as part of the “Memory of the World,”
documents related to “comfort women” submitted by the NGOs of eight countries.
We strongly oppose this and request that the Japanese government cease all
contributions to UNESCO should the application be forced through.

We have pointed out many problems with the application. The Japanese Government,
for its part, was also opposed to the registration right from the beginning. Nonetheless,
UNESCO’s Regional Steering Committee (RSC) is highly likely to recommend that the
International Council on Archives (ICA) approve the application. Should the ICA not
decline the application in the meeting to be held in October, we will have no choice but
to consider that UNESCO is standing against Japan. In order to avoid such an
unfortunate situation, we urge UNESCO seriously to consider the following points we
raise in opposition.

1. The application has not been open to the public and there has been no consultation
whatsoever with concerned parties, such as with Japanese scholars.

Two years ago, UNESCO unilaterally registered documents related to the “Nanjing
Massacre” without allowing any academic criticism. This hasty registration was later
criticized, and there is now an on-going discussion on improving the registration process.
Despite these earlier missteps, the NGOs of the eight countries currently submitting
“comfort women” materials have refused to hold discussions with concerned parties
such as the Japanese Government and Japanese scholars. The NGOs refuse discussion
both before and after materials have been submitted. The NGOs also refuse to enter
into discussions with Japanese NGOs such as Nadeshiko Action, which submitted the
same documents related to “comfort women” from a different perspective.

2. The application was made by groups holding biased views that the comfort women
were “sex slaves” and the “comfort women system” was equivalent to the Holocaust
conducted by Nazi Germany.

The NGOs which have submitted the registration application are insisting that comfort
women were sex slaves. This prejudice is against not only the Japanese Government’s
view, but also against the views of many renowned Japanese, Korean, and American
scholars who have studied the comfort women issue. There were countless comfort
women who earned high incomes, repaid large debts, saved substantial amounts of
money, and also sent generous remittances back to their families in their home
countries. Comfort women were not slaves in the possession of their owners. Comfort
women had legal rights and did not “belong” to anyone, unlike slaves in, for example,
the pre-Civil War United States. The eight NGOs in question are also insisting that the
“Comfort Women System” was a wartime atrocity equivalent to Nazi Germany’s
Holocaust against the Jewish people. Such an insistence is a malicious defamation. On
this point, one Jewish organization is claiming that such an expression distorts the very
meaning of the word “Holocaust”.

3. Their application is politically charged, as the applicants are opposing the
governmental agreement to resolve the comfort woman issue between Japan and
South Korea.

The eight NGOs are opposing the Japan-South Korea governmental agreement, which
was signed in 2015. The NGOs denying the governmental agreement have a prejudiced
political stance, and it is this prejudice which compels them to try to register the records
of their own political activities with the Memory of the World. If this attempt succeeds,
it might lead to the untenable situation in which UNESCO is inundated by submissions
of activity records of anti-government organizations all over the world.